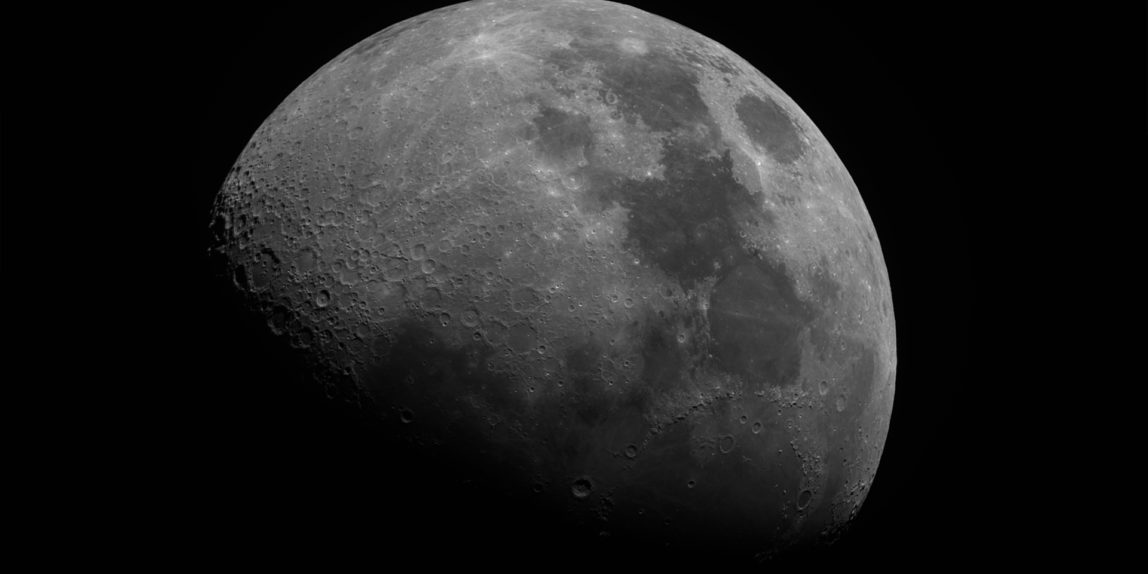 The Moon is an astronomical body orbiting Earth as its only natural satellite. It is the fifth-largest satellite in the Solar System, and by far the largest among planetary satellites relative to the size of the planet that it orbits (its primary).

The Moon is in synchronous rotation with Earth, and thus always shows the same side to Earth, the near side. Because of libration, slightly more than half (about 59%) of the total lunar surface can be viewed from Earth.

The Moon’s average orbital distance is 384,402 km (238,856 mi), or 1.28 light-seconds. This is about thirty times the diameter of Earth. The Moon’s apparent size in the sky is almost the same as that of the Sun, since the star is about 400 times the lunar distance and diameter. Therefore, the Moon covers the Sun nearly precisely during a total solar eclipse.