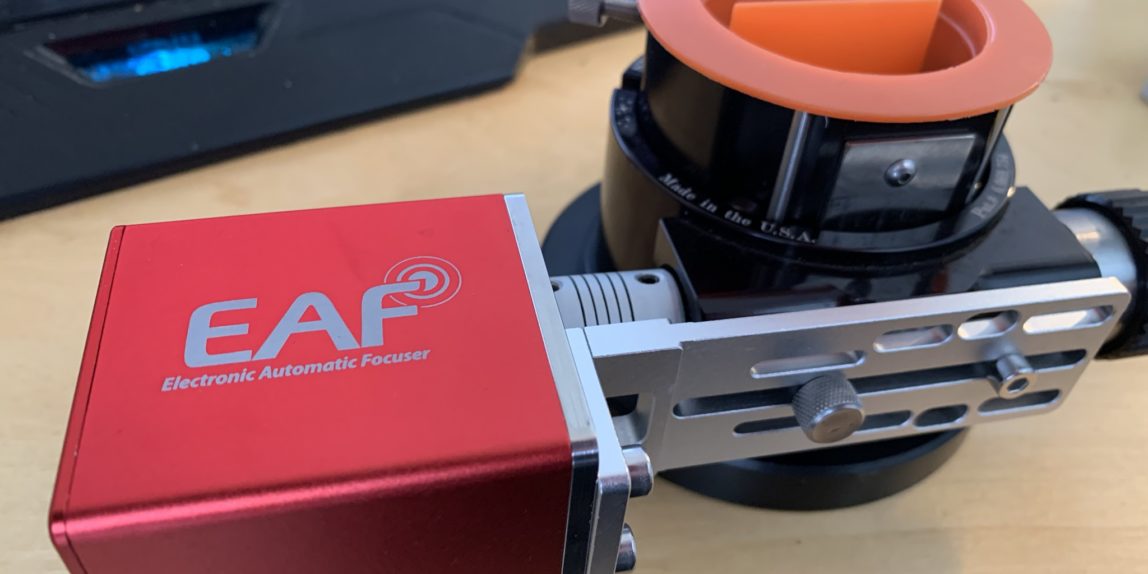 I already mentioned the issues with cables and yes the new mount with cable management allows me to eliminate cabling substantially.

I was very happy with RoboFocus and it still is a great product and has proven its stability and sensitivity and broad driver support in all applications. It still works in the observatories we built in Southern France a decade ago.

However as with the other ZWO equipment I on boarded I saw that there is a new focuser with USB connection instead of aged RS232 D-SUB and using an FDTI converter to USB which now and then gave me trouble in the mobile equipment kit.

Mounting the EAF is simple and I like the sturdy bracket and the flexible mounting clutch that comes with it – good first impression! Also the drivers were already with the installed ZWO commander and worked like a charm on first connect.

Step size seems to be finer than with the RoboFocus allthough this was never an issue in the past – down to F/3 I never had an issue.

Guess I will have to calibrate SGP again – setting the right step size was a challenge on the RC8 before due to the obstruction and took a while until I found out the right method – but I should get that done in a few minutes.

I then soldered a direct power cable from some old cables in my shed and can now connect directly ASI1600GT’s power forwarder as well as its UBS hub. Eliminated two more cables which is great for automated meridian flips.